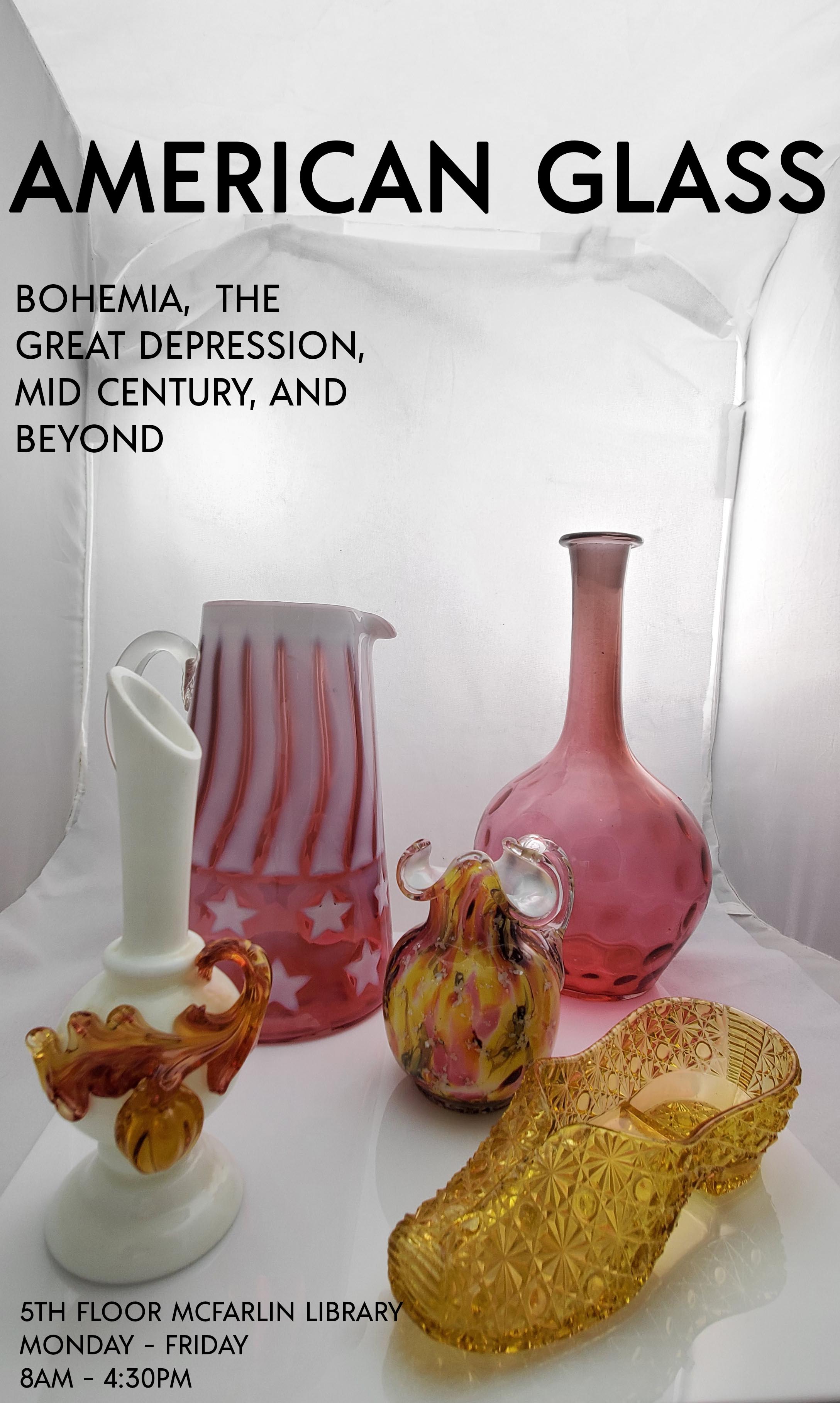 American Glass:
Bohemia, the Great Depression, Mid Century and Beyond

Our exhibits, both in the department and throughout the library frequently use materials from our collections. 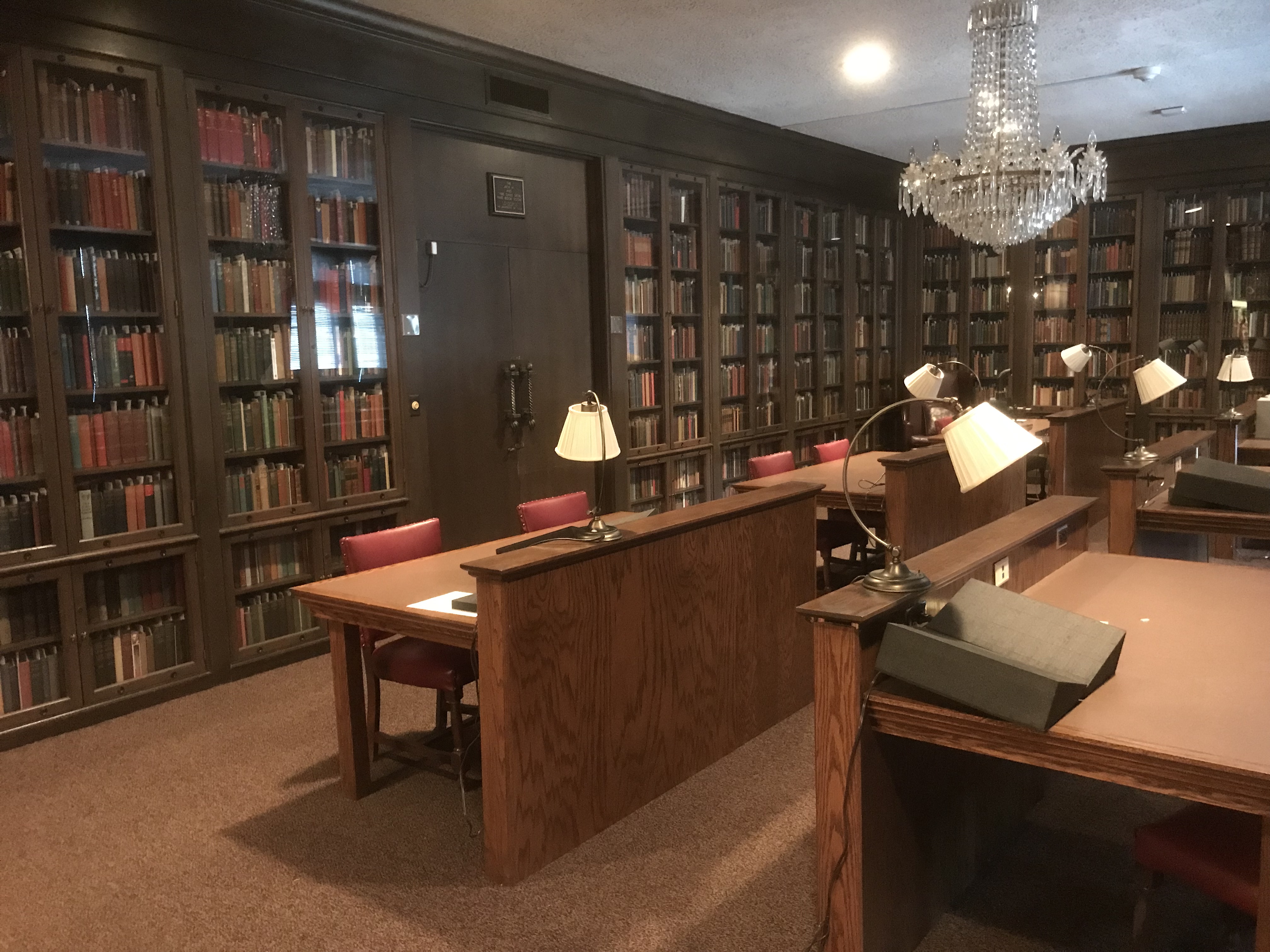 The Department of Special Collections and University Archives at McFarlin Library hosts world-class collections of rare books, manuscripts, photographs, artwork, and other objects, including one of the five largest collections in the world on the celebrated Irish writer James Joyce and the life archive of Nobel Laureate Sir V.S. Naipaul. Other significant collections include a wide variety of British, Irish, and American modernist literature, a large and varied collection of materials on World War I, Native American history and culture, and Tulsa Race Relations. The Department of Special Collections and University Archives also offers an important array of research materials for scholars worldwide as well as TU faculty and students.

Thomas Stearns Eliot 1888-1965 was a poet, essayist, publisher, playwright, and literary and social critic. Born in St. Louis, Missouri to a prominent Boston Brahmin family, he moved to England in 1914 at the age of 25 and would settle, work and marry there. He became a British subject in 1927.  He is considered one of the twentieth century's major poets.

This small collection contains correspondence dating from 1918-1954 consisting of 23 autograph and typescript letters and 3 signed Christmas cards from Eliot to friends and colleagues including Stuart Latham and John Lehmann; 2 typescript letters from Mrs. S.K. Gussow to Eliot; and a photocopy typescript letter from Valerie Eliot to Garnerstone Press Ltd. in reference to T.S. Eliot: A Memoir, by Robert Sencourt.

Writings dating from 1950-1959 consisting of autograph and typescript draft fragments of Murder in the Cathedral, including a photocopy of Stuart Latham’s original production notes (see on-line catalogue record); programs for various theatre productions of “The Cocktail Party,” “The Confidential Clerk,” “The Elder Statesman,” and “Murder in the Cathedral,” as well as a printed copy of a memorial address given by Eliot in honor of William Collin Brooks.

Personal ephemera including two photographs of Eliot, programs for Eliot’s funeral and memorial service, and an unveiling/dedication ceremony; program for a Stage Sixty Theatre Club production of a homage to Eliot featuring John Gielgud and Irene Worth; bookseller catalogues; keepsakes; and announcements.